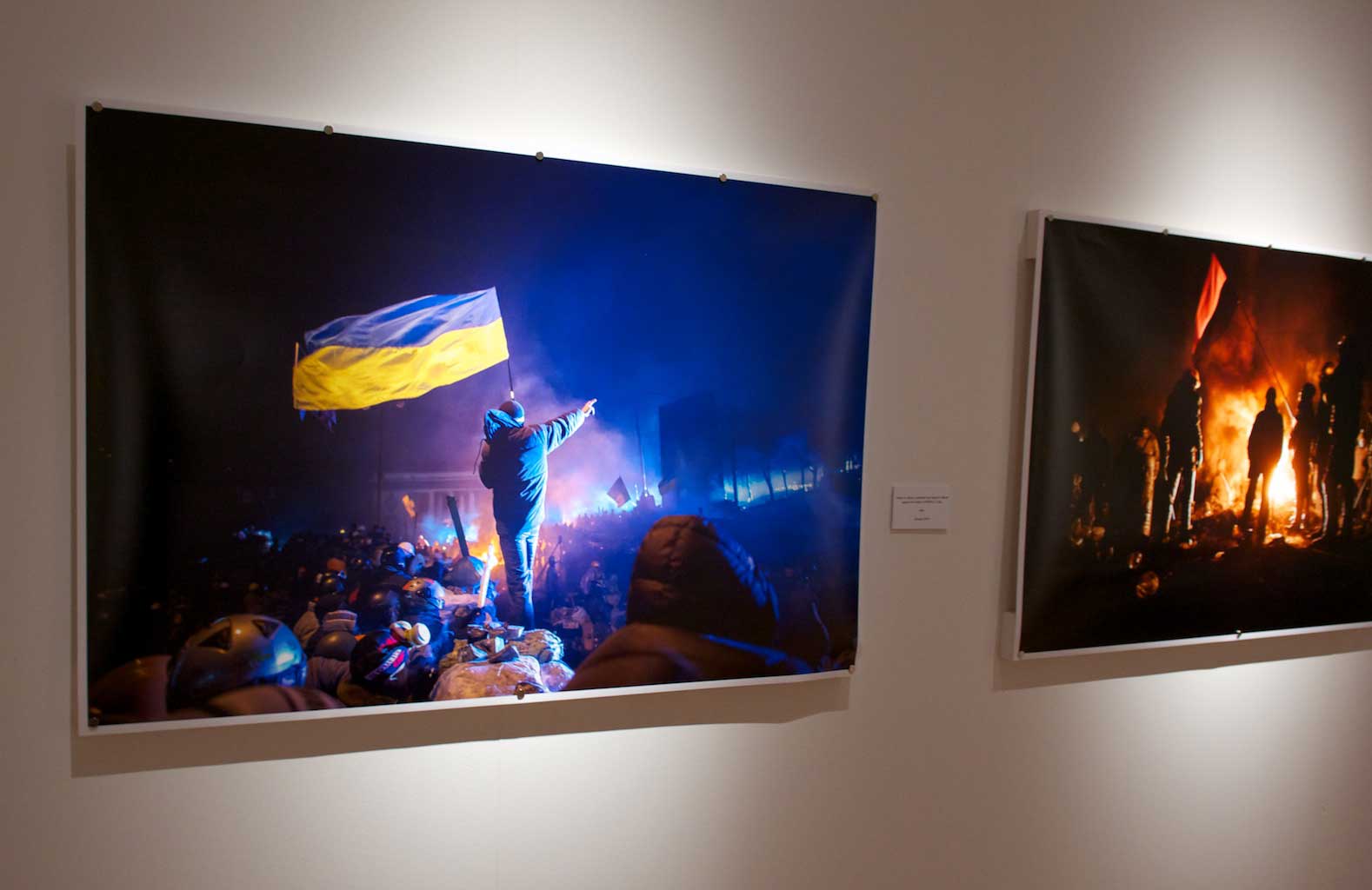 Photographer and filmmaker Tomas Rafa works on the boundaries between patriotism and nationalism. His work focuses on multiculturalism, xenophobia, extremism and neofascism situated against the background of everyday life.  #euromaidanYYC shows both pro-Russian and pro-European manifestations in Ukraine.

Rafa’s documentation shows a cinematic quality to this unrest. In his photographs, the average Ukrainian citizen takes on the role of hero in his or her own life featured within the pictorial backdrop of both Maidan (or Independence) Square and Sloviansk in East Ukraine.