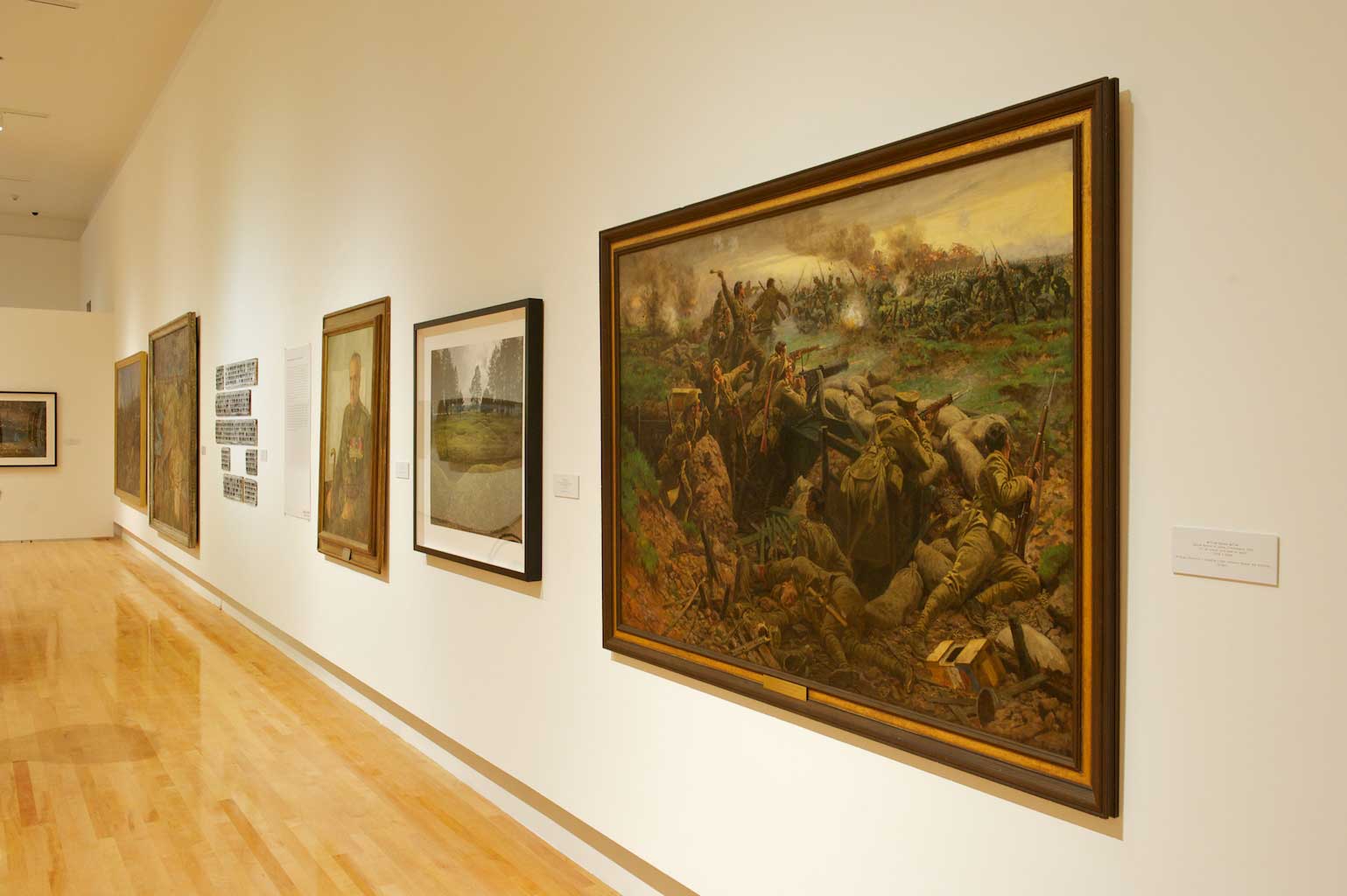 2014 marks the centennial of the start of the First World War and is also the 100th anniversary of the formation of many of the regiments that were mobilized for this conflict.

Canadians’ individual and collective contributions and sacrifices to this war changed Canadian history and continue to shape notions of Canadian national identity to this day. Despite Canada’s contributions in tandem with allied countries, it was not until after the collective traumas of the First World War that any notions of nationalism were felt at all.

In the vast and diverse country that is Canada, there is little that ties Canadians together beyond collective war efforts, uniting those on the home front, both in support as well as opposition. Artists have been an important part of the Canadian Military and many of Canada’s best-known historical artists were on the front lines depicting the key events of the First World War.

Forging A Nation: Canada Goes to War depicts the remarkable events of this war and the following 100 years of violent conflict as captured by military, civilian, Canadian, and foreign artists. These artists portray the experiences of ordinary Canadians who endured the extraordinary.

Artists in the exhibit include: