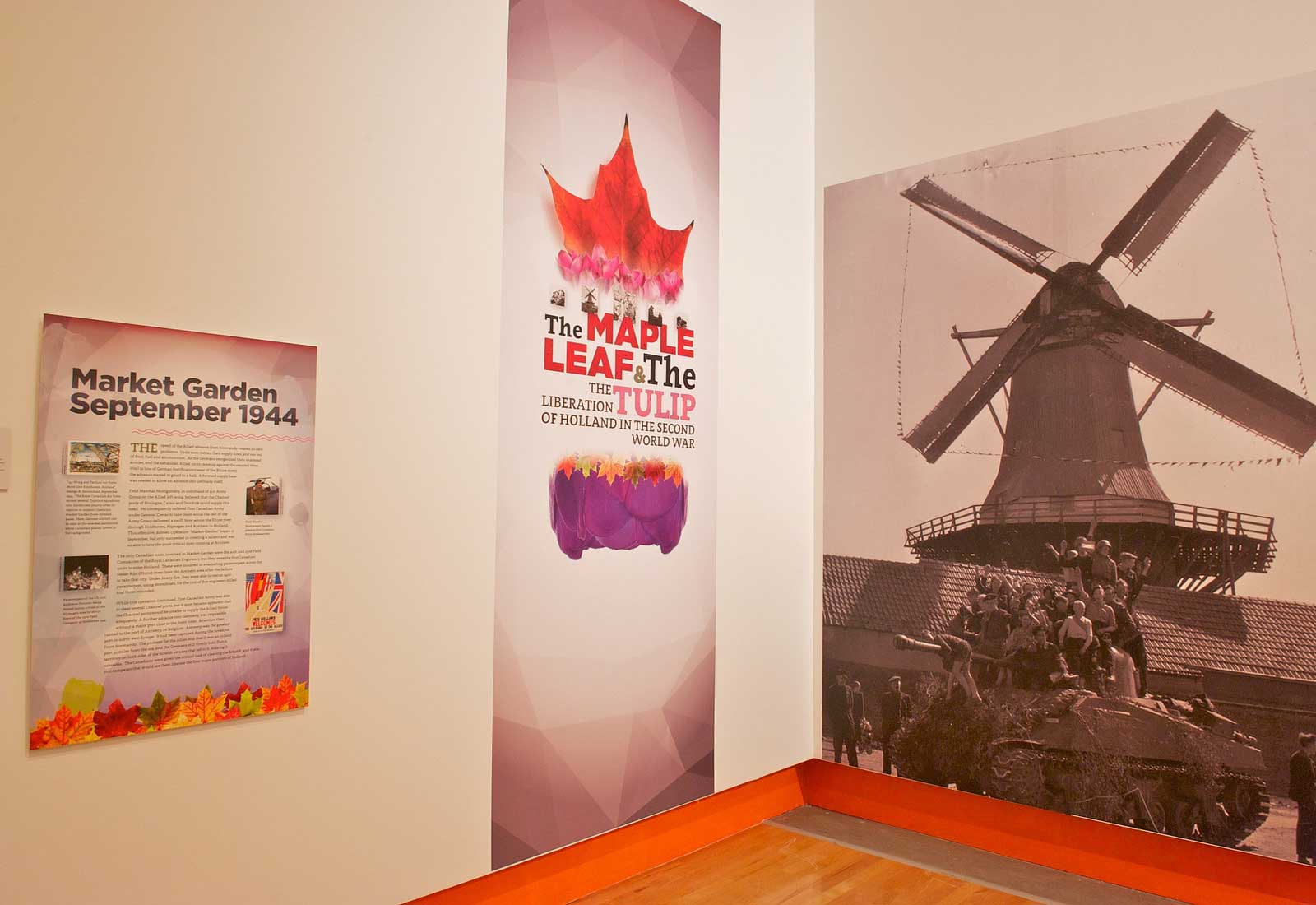 The Maple Leaf and the Tulip: The Liberation of Holland in the Second World War

This exhibit will include artifacts and photos related to members of the Canadian military serving in the Netherlands in the Second World War, as well as to Dutch civilians and members of the Dutch Resistance. Video oral history interviews will also be shown as a central part of the exhibit, to let visitors understand the firsthand experience.

The exhibit will open May 5, 2015, coinciding with the 70th anniversary of the final campaign to liberate the Netherlands. Full coverage of Canadian involvement in the Netherlands will be showcased, including the reduction of the Breskens pocket, the clearing of the Scheldt estuary, and the final campaign in 1945 towards Apeldoorn and beyond. Operation Manna, the resupply of the starving Dutch populace at the end of the war, will also be featured.