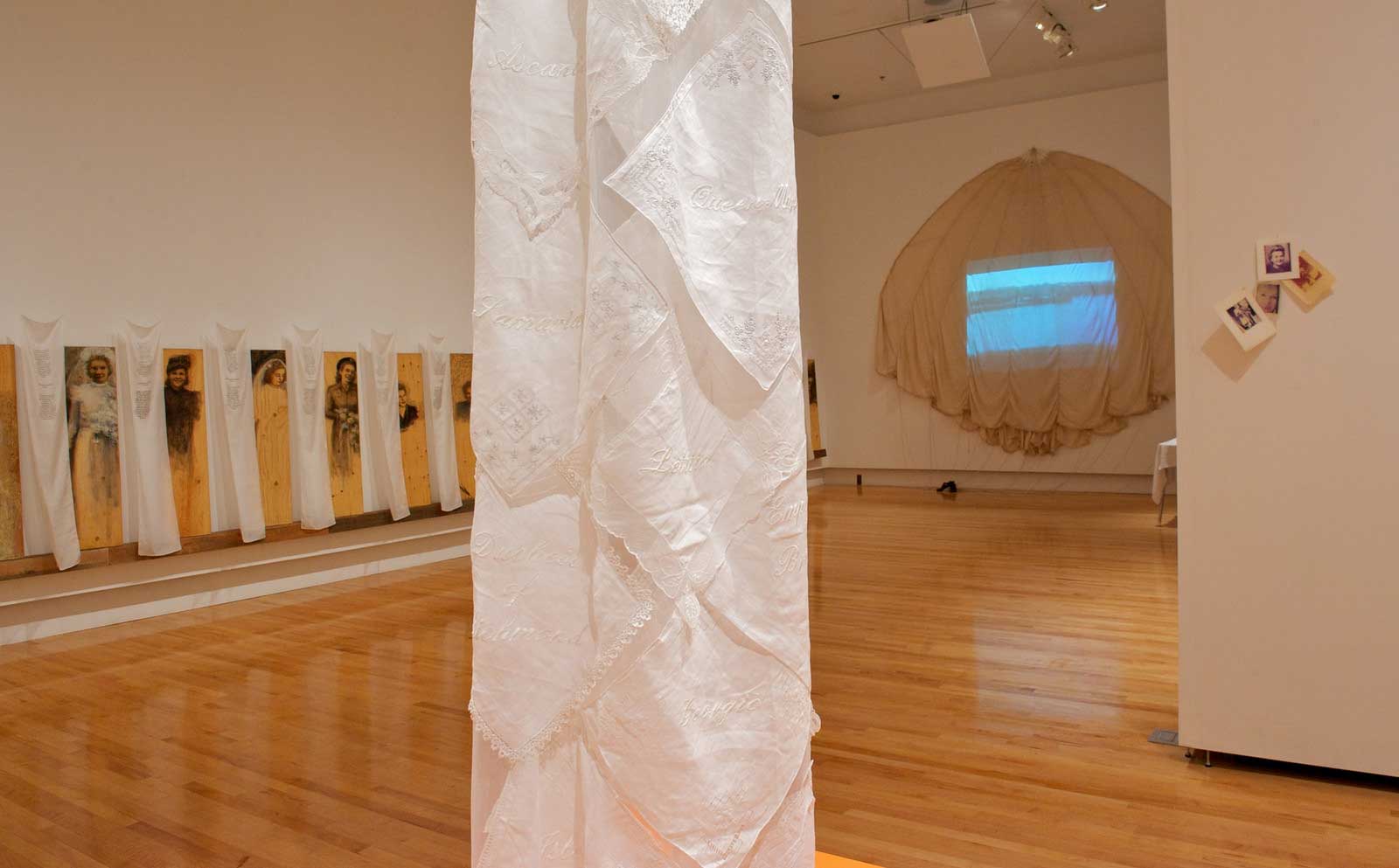 Trees Heeft een Canadees, (Teresa Has A Canadian) is a popular song in the Netherlands about Dutch women who fell in love with Canadian soldiers during the Second World War.

After their brief romances and often ad-hoc weddings in Holland, the soldiers returned to Canada. Not permitted on the soldiers’ ships, the young Dutch wives waited often a full year in the Netherlands before boarding their own ships to re-join their husbands in Canada. Most of these women never saw their families again. Many, speaking mostly only Dutch, moved unknowingly from metropolitan centers in the Netherlands to isolated prairie settlements. However, the occupation had strengthened these women’s resolve and many had no choice but to persevere and build new lives in Canada.

In this exhibition, artist Beverley Tosh shares these women’s stories, their life during the occupation, their weddings in Holland, and their one-way passages to Canada. With her most recent body of work, Tosh shares the stories of Dutch-Canadian war brides, conveying both the romance, and the hardships endured by these women.

This exhibition will consist of 24 wedding portraits and stories of Dutch women meeting their Canadian soldiers, all researched by Beverly Tosh, herself a daughter of a war bride. The exhibition also includes an original wedding dress worn by one of the women, “The Little Coat” from the collection of the Canadian War Museum, and documents, photo’s and films conveying the deep connections between Canadian soldiers and the people of Holland.