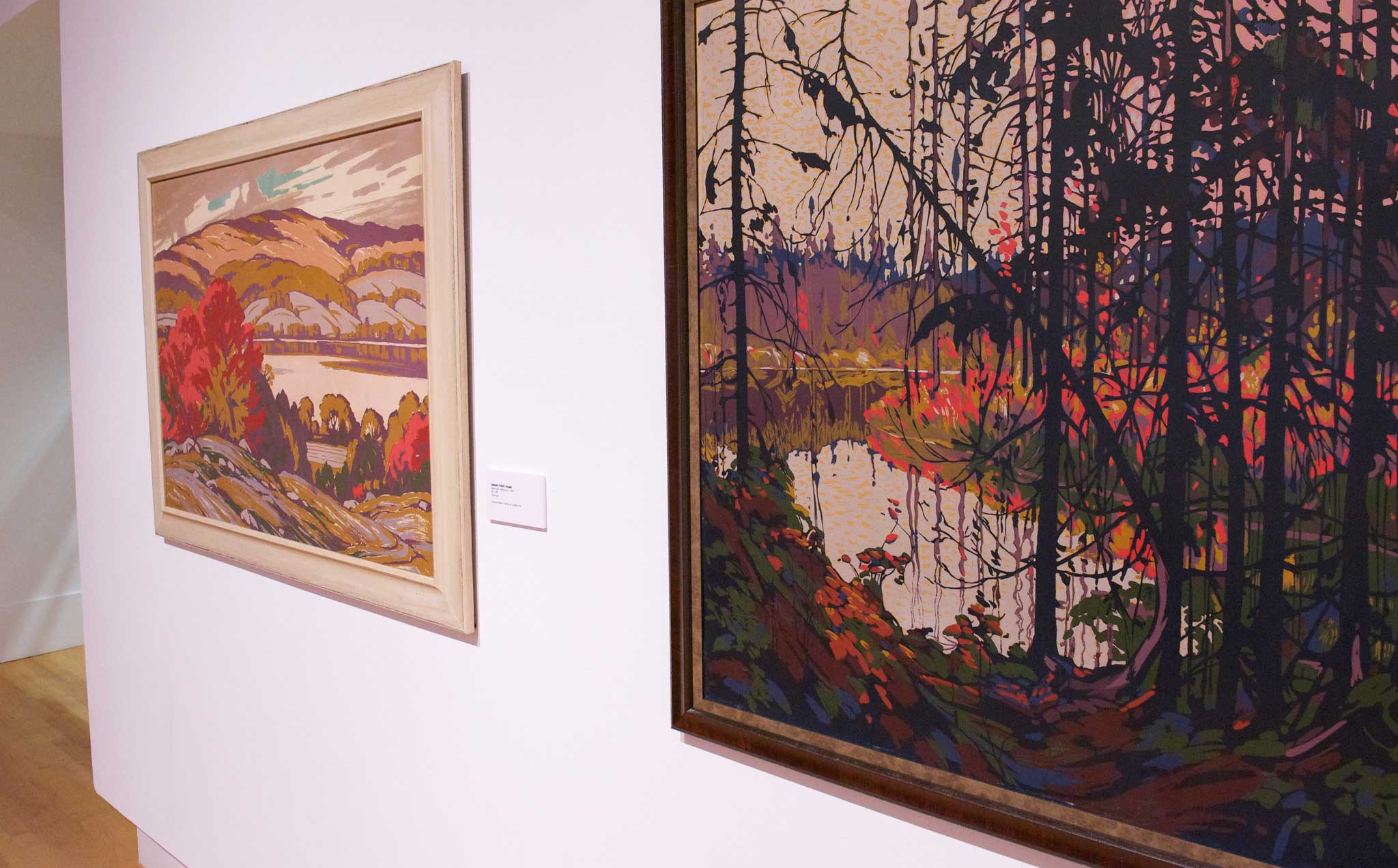 Barracks to Banks: Canadian Silkscreens for War and Peace

The Sampson-Matthews print project was envisioned by official First World War artist AY Jackson and championed by many of the Group of Seven—AJ Casson, in particular. Jackson, sympathetic to often dismal military living quarters, wanted all great Canadian artists to make prints of their most iconic pieces to send to Canadian soldiers overseas. Starting in 1942, landscape prints by AJ Casson, AY Jackson, Emily Carr, Lawren Harris, JEH MacDonald, David Milne, Charles Comfort, and 47 others, served to beautify the living spaces of soldiers that were far from home, improve morale, and remind soldiers what they were fighting for. After the war the prints became extremely popular within Canada. They were purchased for banks, school, libraries, post offices and many other public buildings in large centres and small villages from coast to coast. This became the primary, if not the only, way that most Canadians interacted with contemporary art and has continued to shape Canadian art, being a huge inspiration to artist Douglas Coupland.

To date, this project is the largest and most expensive art project that the Canadian Government has even undertaken and was facilitated by a partnership between the National Gallery and the Department of National Defence. The prints, meant to visually summarize Canada, became so popular abroad and at home, that this project is widely credited as the impetus for the creation of the Canadian Flag, one iconic visual symbol under which all Canada could unite and relate.

As the prints were meant for public distribution, many have never before been shown together. Following a massive research project, the prints have been collected and will now be shown for the first time ever, along with many paintings they relate to, including AJ Casson’s iconic White Pine. Barracks to Banks will not only show a massive effort to support Canadian troops initiated by Canada’s best known artists, but it will also show how that support played a vital role in the formation of Canadian national identity.

Thank you to Ian Sigvaldason and the Pegasus Gallery