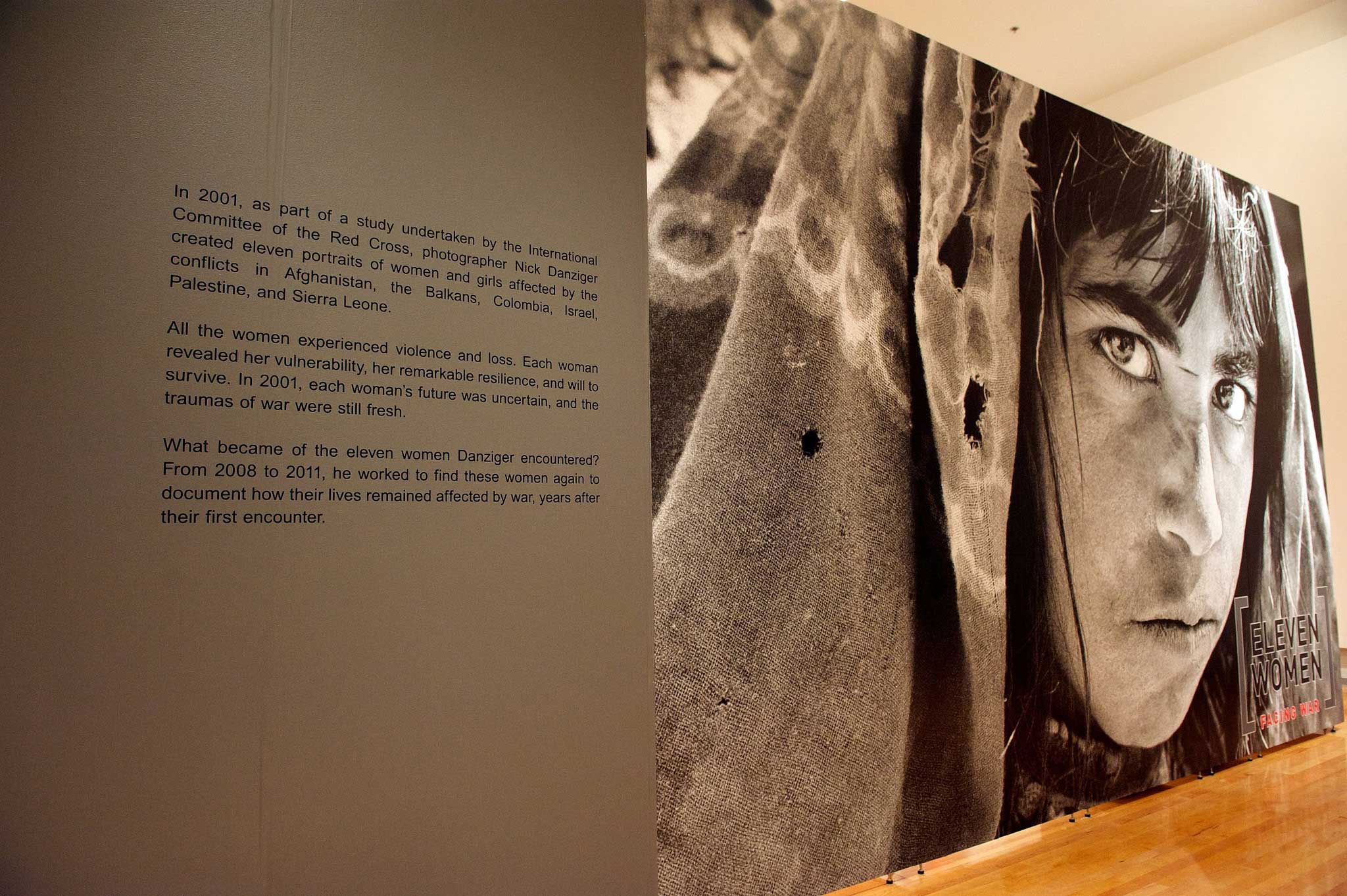 Eleven Women Facing War tells eleven stories of women from Afghanistan, Sierra Leone, Colombia, the Balkans, Israel and the Palestinian territories. Internationally renowned photographer Nick Danziger initially photographed these women in conflict zones for an International Committee of the Red Cross study in 2001. Ten years later, he set out to find each one to learn what had become of their lives.

In 2001, while working for the International Committee of the Red Cross, Danziger travelled to Afghanistan, the Balkans, Israel, the Palestinian Territories, Sierra Leone, and Colombia to document the stories of 11 women and girls affected by war. All had survived violence and profound loss; their accounts revealed vulnerability, and a remarkable will to survive. Their futures were uncertain, and the traumas of war were still fresh.

What became of these 11 women? From 2008 to 2011, Danziger set out to find each of the women, to learn how their lives had changed, ten years after their first encounter. Incredibly, Danziger found all but one of the women. They all provided him with updates about their lives and their continuing struggles.