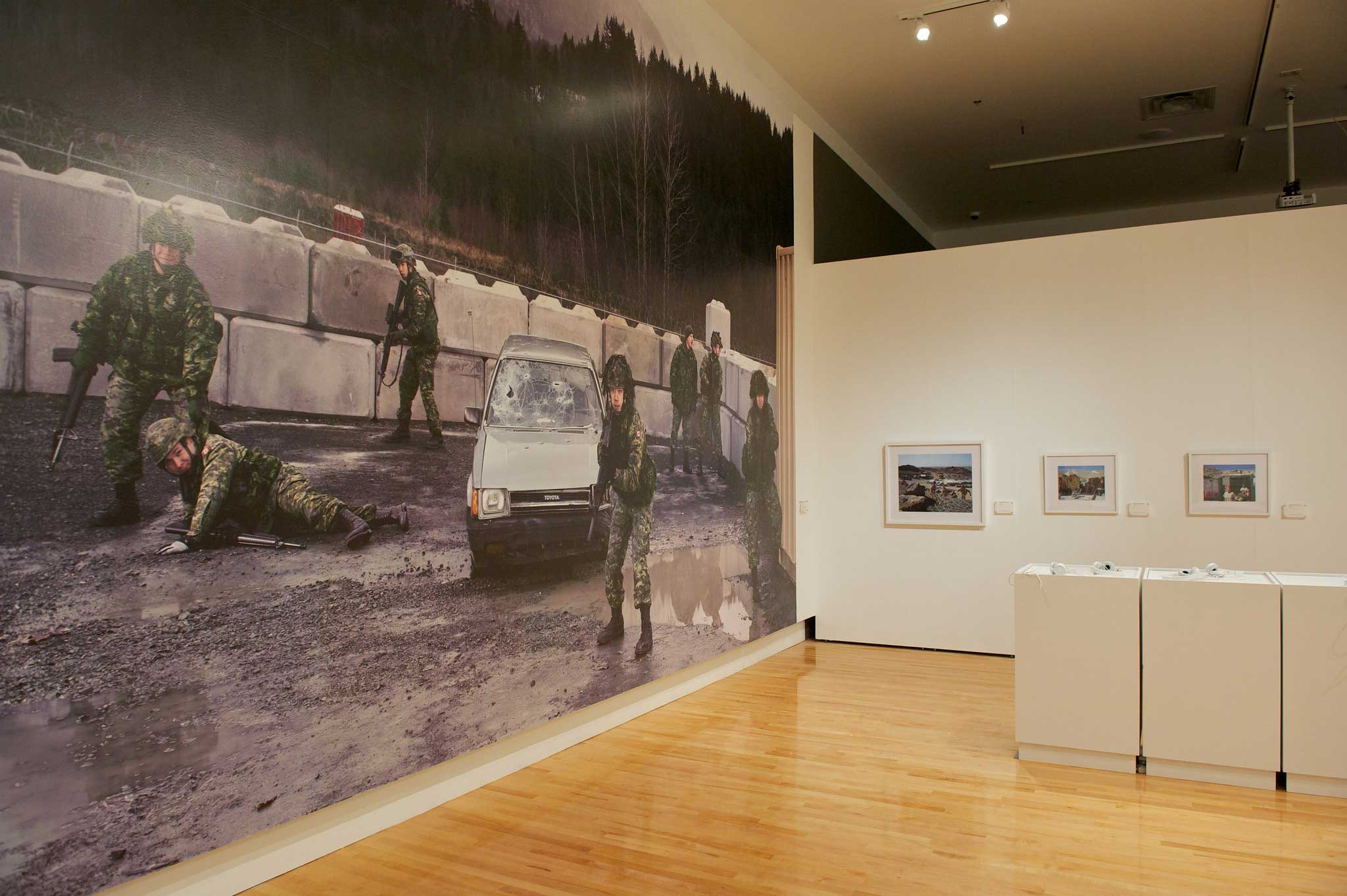 SEEING Soldiering: In Theatre With Those Who Serve

Those who appear in the works of Althea Thauberger are co-creators. Thauberger gives her subjects the opportunity to participate in the process of the making of their pictures—to be seen on their own terms. In SEEING Soldiering, the performative and theatrical nature of Thauberger’s work draws back the curtain on those who serve in the military, revealing a raw human element to an often-difficult lifestyle.

The subjects in this exhibition had the opportunity to present informal perspectives on soldiering and what it means to be in the military. The varied responses reveal not a unified view but a myriad of perspectives. This multiplicity draws attention to individuality within the military and shows the personal subjectivity of shared experience. SEEING Soldiering presents some of the complexities of both the interior and exterior life of a soldier.

Two large photomurals present a Canadian military experience, both at home and away. The Art of Seeing Without Being Seen shows Canadian soldiers near Chilliwack re-enacting a training exercise in a mock Afghan village. The layering of reproduction and performance in the image reveals some of the complexities of the subjects. Photographs of female soldiers in Afghanistan show an often unknown segment of the Canadian military.

The photo-shoots that resulted in the images seen in this exhibition, offered the soldiers a rare moment of suspension of duty—where they did not have to be ‘on the job’ but could be a bit playful. All of the photos show group dynamics as well as individuality, revealing both a tension and a fluidity of identity in relation to both.

Three audio pieces presented in the exhibition feature American military spouses singing praise and admiration to their heroes abroad and reveal something of the lives of those left to wait at home. In a video projection, German conscientious objectors act out their perceptions of military service, civil service, and national identity through a series of possible scenarios faced by an alienated community. They perform an imagined soldiering in an alternate reality while drawing out parallels between those who serve and those who abstain from military action.

SEEING Soldiering presents a mere handful of views of the military and the men and women who serve in it.

How do you see soldiering?